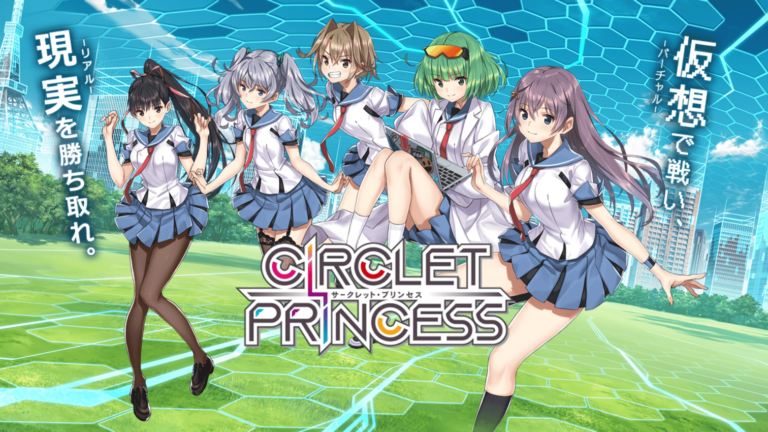 In recent years, one game after another has been produced and disappeared. Most of the canceled are forgotten by many and will never be in the spotlight. CIRCLET PRINCESS might be considered as such. Although my playing time is merely past three months, I really love it, so I want people to miss the game, but not to forget it. It’s not that popular, but still, I do believe it’s worth passing down to those who don’t know any of it.

What is CIRCLET PRINCESS?

CIRCLET PRINCESS is a turn-based role-playing game presented by DMM, which started in April 2019 and was discontinued on March 31, 2020. It was available not only on the browser but also on Android (need app). The main five characters are designed by saitom, and the scenario is written by Nachi Kio (木緒なち). In this game, school girls called “Candeeta” throw themselves into “MR (Mixed Reality),” where they fight with an opponent wearing a device named “circlet,” hence the name Circlet Bout a.k.a CB.

This is what we see in the near future.

The virtual space, VR, and AR technology have developed, which completely turned their lives around. As the technologies improved, a sport came into being, Circlet Bout (CB). The sport has evolved into quite a profitable event. CB takes place between one school and the other, and winning the game will bring a vast amount of wealth to the surrounding areas where the winning school belongs.

CB takes academic level (Japanese: Gakuen ryoku) to compete. The academic level consists of unique data generated by academic achievement, athleticism, arts, and technologies, even targetting school-related people. GR is one of the measures taken to bring up more promising students. Digitalizing charm, achievement, and quality of each school has made them more and more competitive. It matters which one is the most beneficial to their city. Less influential schools will be merged and fade out while more and more rivals are being founded in an area. Somewhere in Tokyo, there is one school on the verge of being abolished.

Saint Union, the story centers on, has five characters in the CB club. Let’s take a look at the members.

Yuka is the leader of the team who is not just bright and positive but also loves Circlet Bout more than everyone else. Since she has longed to play the sport from childhood, she entered Saint Union, which used to be a competitive school but is now only a shadow of its former self. With her comrades, Yuka tries hard to become the champion team so that the school will not be abolished.

She gives priority to others rather than herself and is therefore highly trusted, especially by Reina and Miyuki. Once Yuka makes up her mind, she is strong-minded enough to stick to her guns to the end.

However, she can be naive and sometimes asks a surprising question partly because she was born into a wealthy family of rural areas, Wakayama prefecture.

“I don’t have any strength so am relying too much on you. Please stick to us forever and ever, coach?”

Miyuki is the closest friend of Yuka and often quarrels with Reina though they are not hostile either. Miyuki is so high-spirited and straightforward a tomboy that she can communicate with anyone quite easily. She excels in sports and claims that she is second to none when it comes to exercise, which is apparent from her appearance.

She believes that anything should be clear, which leads to her careless remarks so often. Since Miyuki behaves as if she were thoughtless, Reina frequently gives her an earful. Both of them evaluate each other, but their different values make them collide on occasions.

She is the daughter of a founder family that is celebrated for sports tools nationwide. Her father, however, asks Miyuki to keep low-profile as she is the youngest child. Despite that, she uses a little bad language as if to resist her demanding parent.

“Our school uniform is so cute, isn’t it? That doesn’t look good on me, though. Eh? What? It does? You must be flattering me.”

Reina has a well-balanced body and looks as if she were a model. Her physical ability is on par with that of Miyuki, and she is versatile enough to succeed in any field. Kendo is especially her forte; Reina always has a fake long katana with her. Her father is a member of the Tokyo metropolitan government, and her mother is a master of the tea ceremony.

Raised in a traditional Japanese family, Reina speaks in old-fashioned language. In fact, it is because she is greatly influenced by historical video games and TV dramas she loves, but she does not want to let anyone know the truth.

Her father makes a quick decision but is too stubborn, in the wake of which Reina usually ponders before concluding. That is why Reina has words with Miyuki over different opinions.

In the beginning, she did not trust the coach (you). When Yuka and Ayumu suggested employing him, Reina is the only one who did not look pleased. She would readily take out her katana against your minor physical contact; perhaps she might be shy.

Ayumu is a pretty capable programmer who has access to central systems for Circlet Bout, whereas only a few can. Her father is also an excellent programmer and used to be involved in creating the basis of the sport; she has exposed herself to programming since she was a child.

So fun-loving a girl is she that she does not like it when things go as expected, which is why she can enjoy herself, even in need.

(Yawn) I’m still sleepy cuz I stayed up late last night. Why? Because I was watching live anime at midnight. How about we watch something together?

Nina has known her teammates since she entered Saint Union. She speaks only a little with her beautiful face; everyone considers her an elegant woman but has not realized that she is, in fact, otaku and likes telling jokes.

So excellent her academic achievement is that Nina is there to think of tactics as a strategist for Circlet Bout. She is a biracial child, with her mother being Japanese and her father being Russian. Because of her father, Nina has communicated internationally so frequently for the years and not that she is socially awkward, her personality keeps her from speaking a lot.

She may look silent and neat but is such a bookworm that there are subculture books and manga in her collection. Thanks to her much reading, Nina can be cynical and understand jokes. Contrary to her speaking, she is more talkative in writing texts than the other four.

Since Nina has similar interests in common, she often hangs out with Ayumu.

“Nina trying to come up with poor jokes of pirozhki now.
But nothing is coming to mind. Let me know if you get inspired first?”

*Nina calls herself by her own name. This usage (English counterpart: Illeism) is considered childish in the Japanese language since very young children, mainly girls, have the tendency to use it a lot. Japanese games (and any other creation) have innumerable characters described in the method. They are depicted typically as individualistic, unique, childish (or childlike), selfish, and anything we can relate with children.

On a side note, some women speak in the way but are highly likely to be uneducated.

In some cases, we can refer to ourselves in the third person to express and emphasize individuality.

Since Circlet Princess was available in Japanese only, I made up my mind to translate the whole story so that people can at least grasp the outline. But don’t get your hopes up because my English is far from perfect. Still, I’m going to put my best foot forward, so I hope you like it.

All of the following items are already out of production. They are no longer available anywhere except Yahoo Auction and Mercari. The comics and novel, however, are still in stock on online booksellers such as Amazon and Rakuten Books.

This is a T-shirt with the five members of Saint Union on. 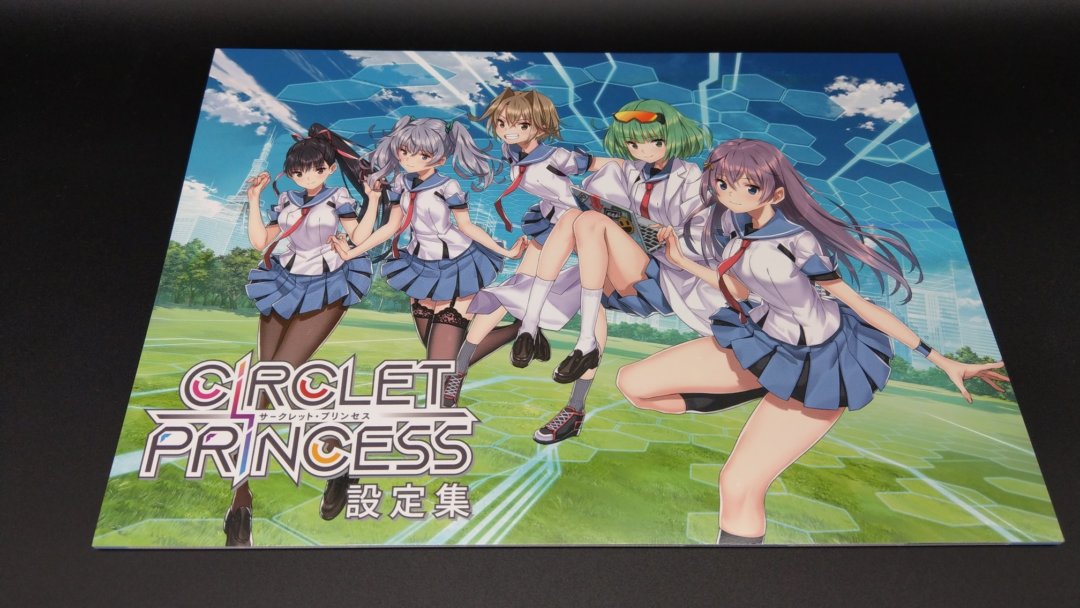